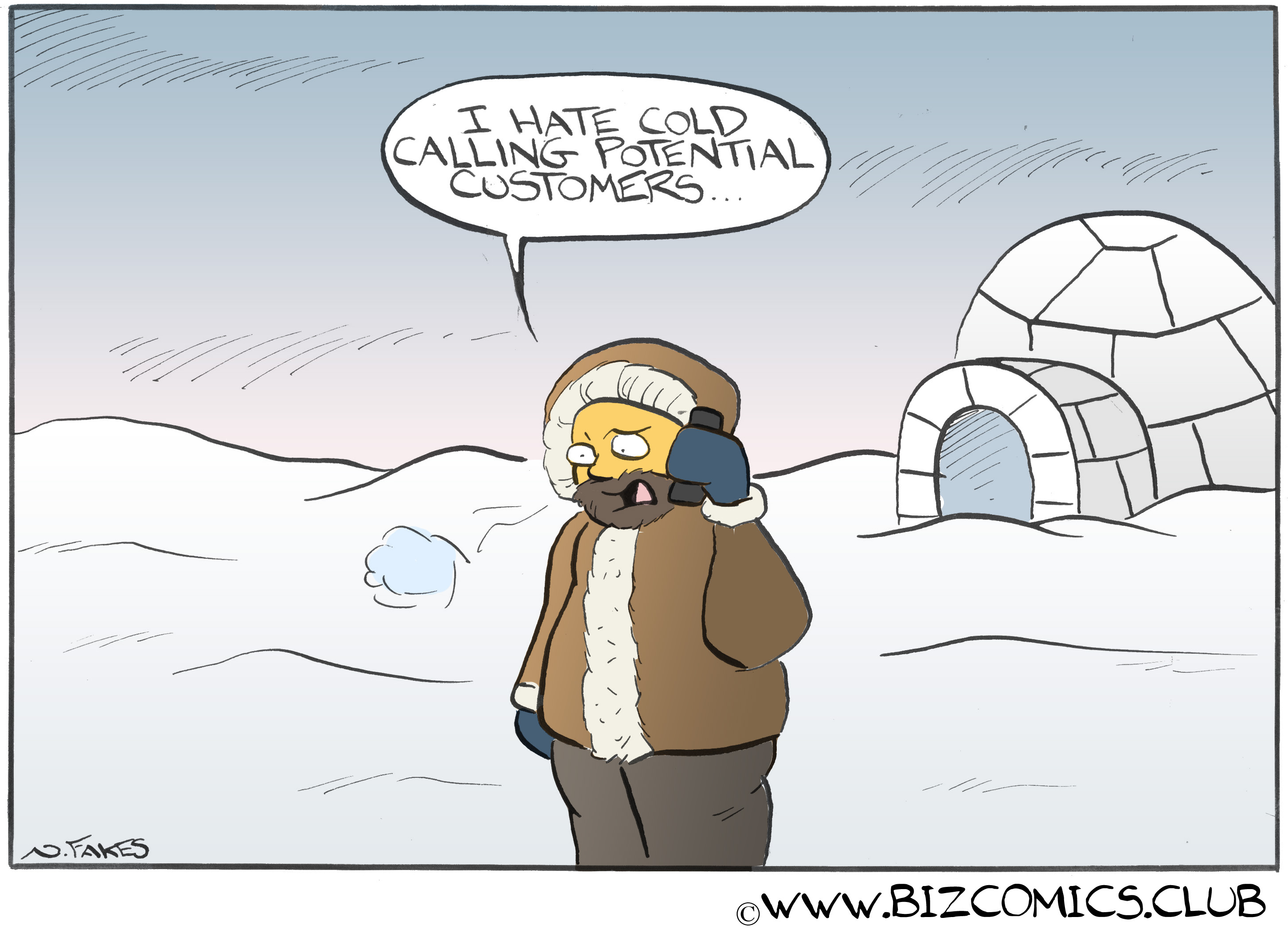 We’ve never been sure about why the cold call is so reviled — why it’s so anathema among salespeople. For that matter, we still haven’t figured out why lead generation has become a marketing activity, rather than a sales activity. The fact remains that marketing isn’t a sales-support function. Rather, sales is a marketing-fulfillment function.

Once technology bred inbound marketing (huh?) and marketing automation (which most people quixotically imagine will translate into sales automation), the world for commerce went a bit awry. Since then, cold calling became the commercial equivalent of mephitic flatulence at a cocktail party — a heinous transgression to be avoided like real work. No one will do it because it’s considered downright déclassé.

That’s why cold calling is dead. And here’s a self-serving infomercial (that attempts) to prove it.* But what’s really going on here? It’s pretty simple:

We’re not sure that’ll warm anyone up to cold calls. But there’s still some wisdom in them.

*If you encounter an infographic with footnotes, let alone 16 of them, be suspicious. Be very suspicious.