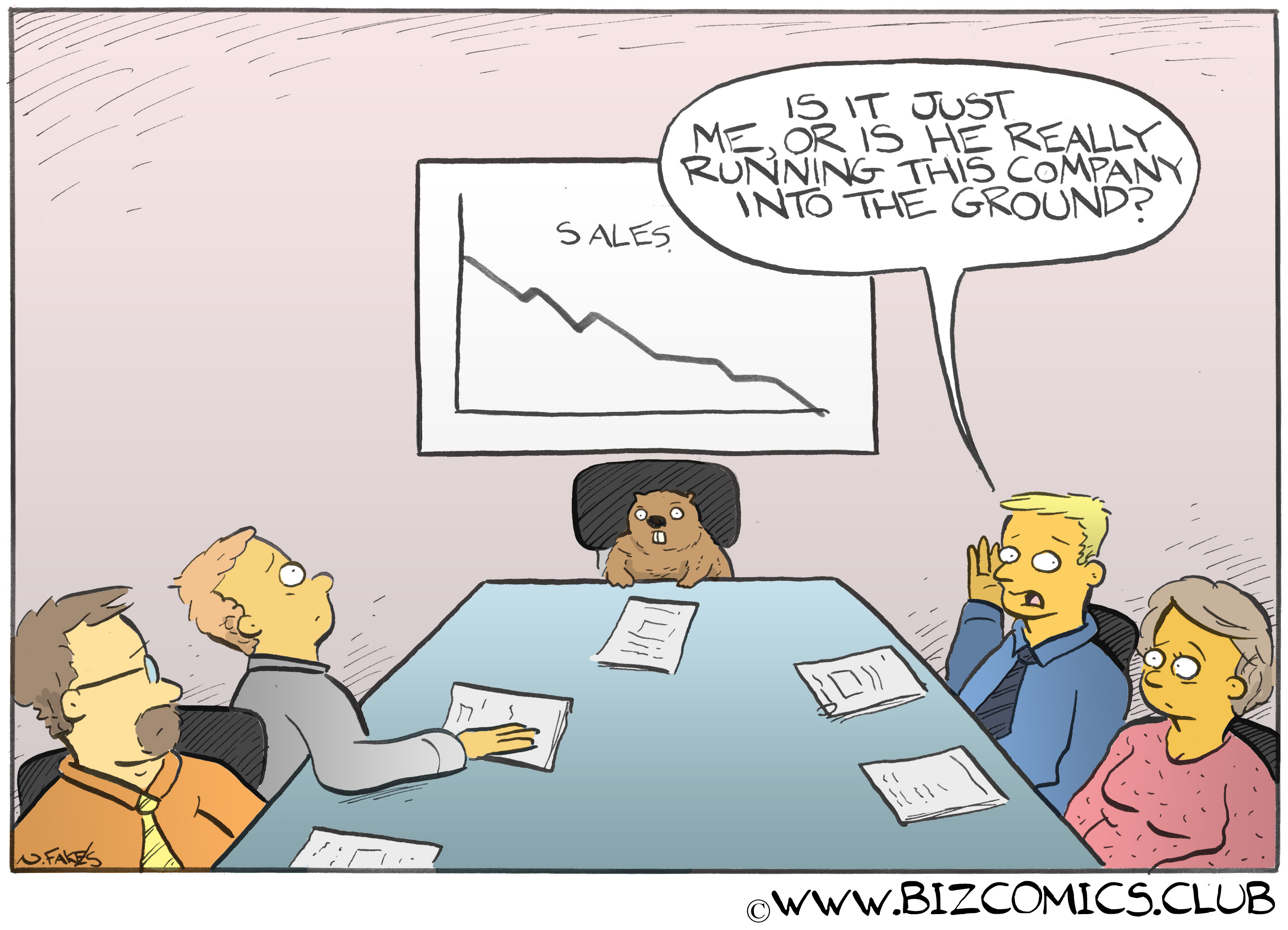 According to Investopedia, the terms bull and bear are used to describe different sets of market conditions. Specifically:

[Bull] refers to a market that is on the rise. It is typified by a sustained increase in market share prices. In such times, investors have faith that the uptrend will continue in the long term. Typically, the country’s economy is strong and employment levels are high … [Bear refers to a market] that is in decline. Share prices are continuously dropping, resulting in a downward trend that investors believe will continue in the long run, which, in turn, perpetuates the spiral. During a bear market, the economy will typically slow down and unemployment will rise as companies begin laying off workers.

Along similar lines, according to BizComics, the term groundhog is used to describe a particular set of business leaders. Specifically:

[Groundhog] refers to business leaders who engage in the practice of doing the same things over and over again and expecting different results.* Groundhogs are characterized by sustained increases in hope, which they typically mistake for strategy. Groundhogs have faith that whatever success they’ve achieved will continue in the long term, even if they have no idea how they’ve achieved it. When the what-me-worry? spending of such faux-successful businesses cause expenses to exceed revenues, the groundhogs who run them will cut marketing, which they consider to be an expense, rather than an investment.

But all of these mammalian metaphors notwithstanding — regardless of whether we’re in a bull market or a bear market — the groundhog approach is a recipe for disaster.

If you’re committed to doing things the way you’ve always done them, regardless of how well things seem to be going, you should definitely consider lowering your expectations.* And you might bear a few other things in mind: If you don’t market, you can’t engage. If you don’t engage, you can’t sell. If you don’t sell, you can’t stay in business.

Here’s the bottom line: Business is no place for groundhogs. If you think it is, that’s bull.

* We have a feeling we’ve heard this before. But we can’t remember where.