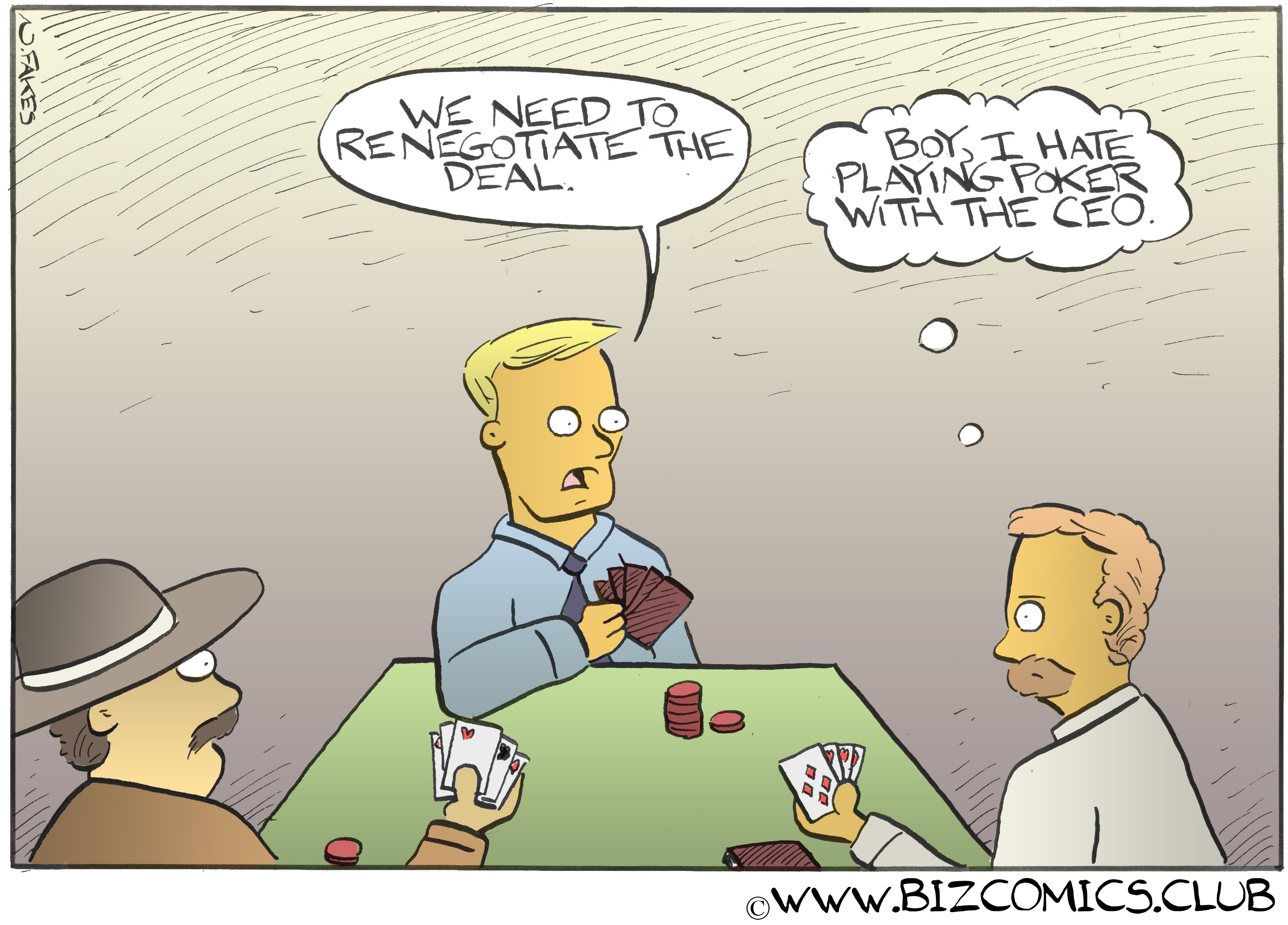 According to Guinness World Records, the winner in the category, “Dumbest Thing Ever Contrived”, is the RFP (request for proposal). Think about it: RFPs typically are issued by people and/or companies that:

No matter how you slice it, the undertaking is a stacked deck that makes the process of responding to an RFP (request for proposal) an RFP (really foolish pastime). Unless you’re one of the lucky ones (or The Chosen One), the time you spend complying with the terms of the RFP (ridiculously far-fetched parameters) and completing its infinite and infinitesimal RFP (risibly fastidious particulars) would have been better spent skydiving without a parachute or gargling with razor blades. Your chances of making the cut would have been better (pun optional).

If you’re an addicted gambler, we can see volunteering to go to the crooked card game, especially if it’s the only game in town. But if you’re not, subjecting yourself to an RFP (repeatedly fallacious poppycock) seems like cruel, unusual, and self-inflicted punishment. Why would you do that? If you’re that morbidly compelled to cause yourself agony, be more creative. Kick a hornet’s nest. Walk through a tick farm naked. Swan dive into a wood chipper. Wrap yourself in beef tenderloin and play chicken with a pack of rabid coyotes. Try to cross a river full of piranhas on a tight rope. Take your mother-in-law to lunch.

Responding to an RFP (radically futile proposition) is like playing poker with the boss: You can’t win. You won’t win. You don’t dare win. And the cost of winning is so high, no one in his right mind would pay it.