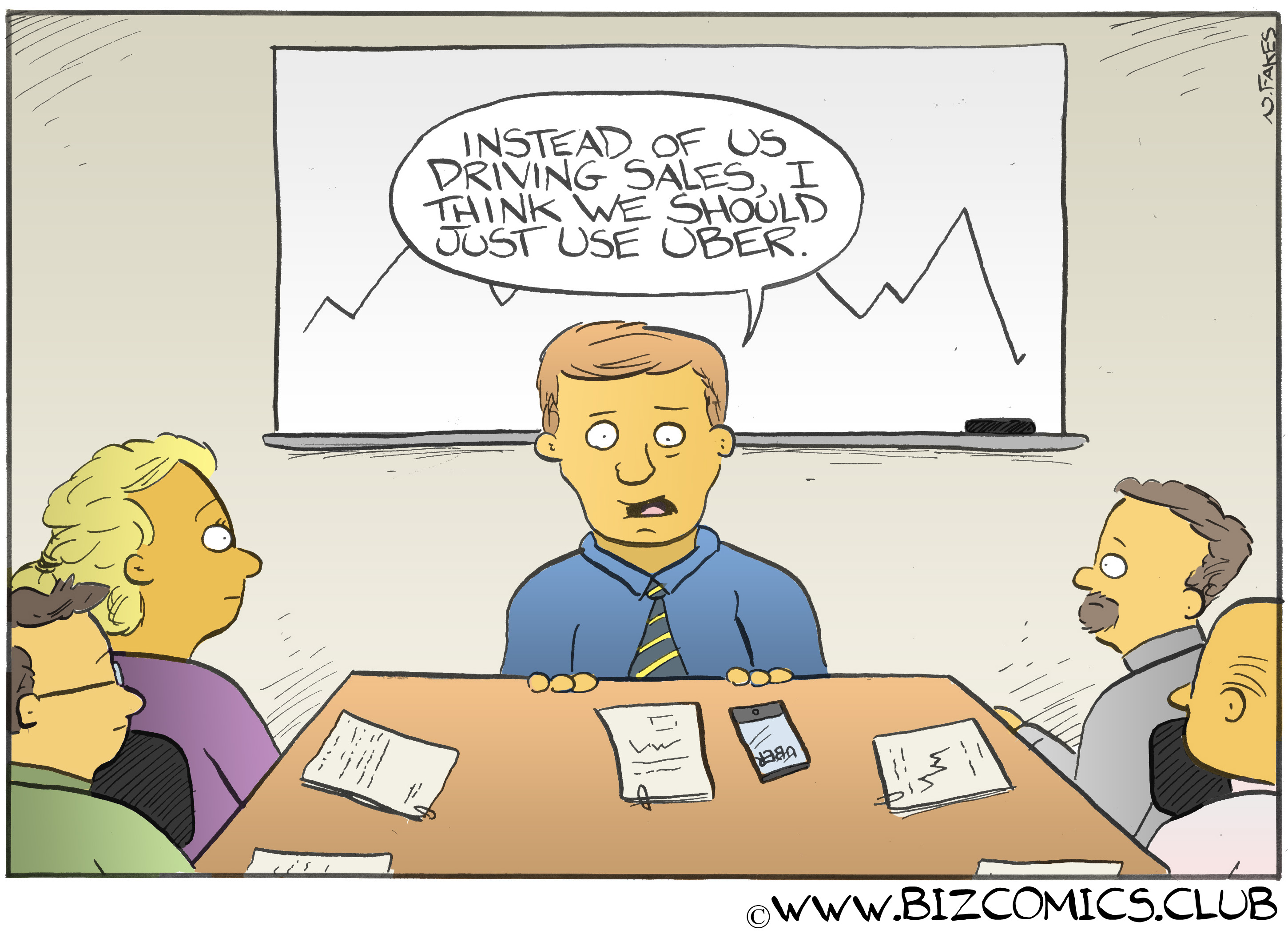 It’s only a matter of time before The Great Uberification of Everything reaches sales. We can see it now:

Someday I’ll wish upon a star
And wake up where the clouds are far behind me.
Where troubles melt like lemon drops,
Way above the chimney tops,
That’s where you’ll find me.

If you’re selling consumer commodities, or inexpensive widgets that require no meaningful expenditures or capital investments, you’re good. But if you’re selling anything that falls into a sold-not-bought category (financial services, anyone?), not so much. That’s because there’s a discipline involved that on-demand sales simply can’t provide, starting with a strategy — beyond “Sell this now” — that connects the selling organization to its fulfillment activities (sales).

If you think Uberification will drive sales, you’re not in Kansas anymore, Toto.