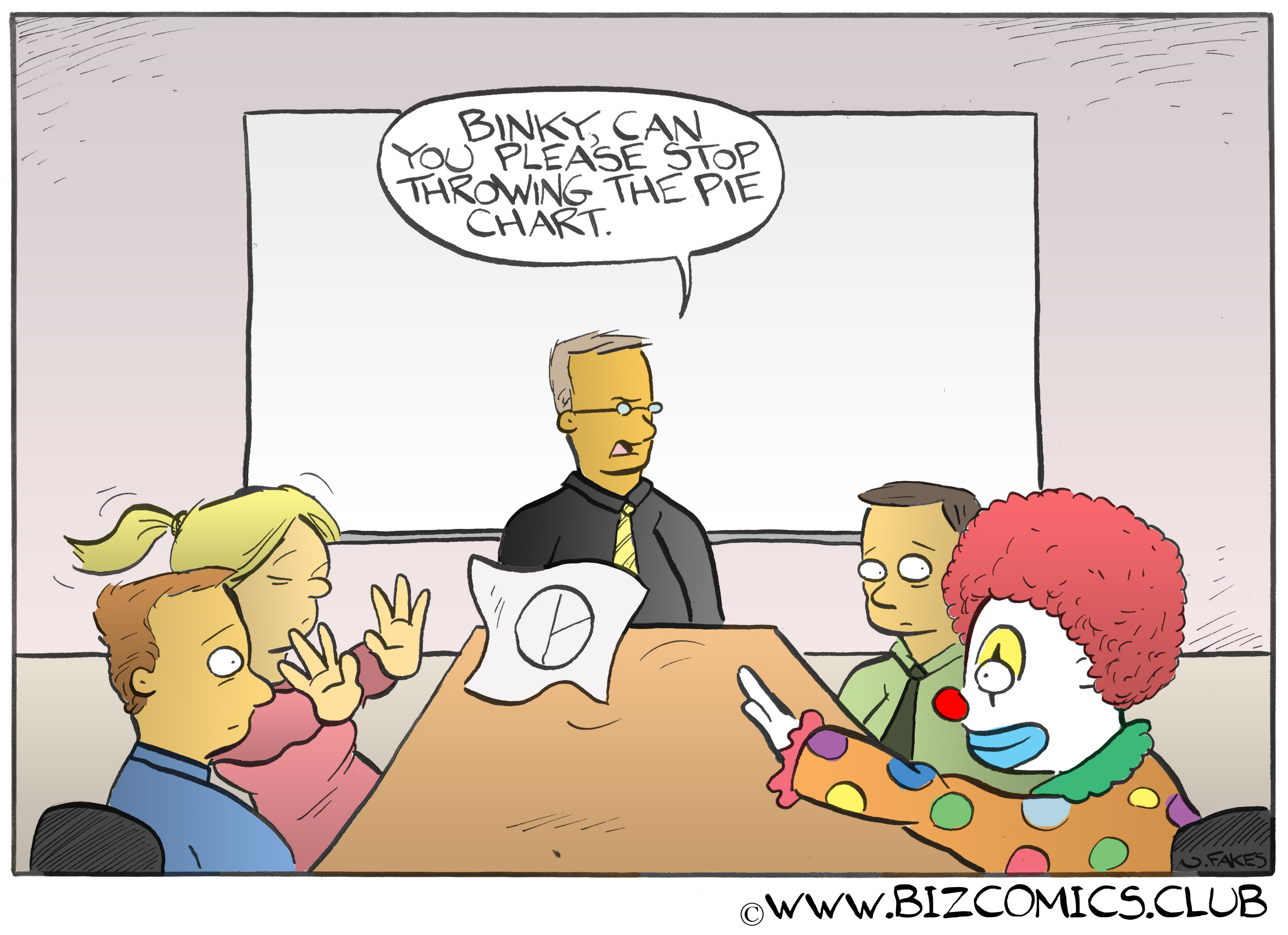 We love slapstick comedy as much as anybody. (Maybe more, in fact.) But like everything else, there’s a time and a place for it. We love to laugh in meetings, too. But it’s better to be laughing with someone than at someone. So, it really makes us wonder why some folks insist on throwing charts in our faces in the hope that said charts will make up for the presenter’s disarming lack of substance.

But all of that implies a question, which we’re irresistibly compelled to ask: Does the fact that you have a pie necessarily mean you have to throw it?

If not, and by way of alternatives, here are a few modest suggestions, guaranteed to ensure everyone in attendance at your next meeting is raptly attentive and fully engaged:

As a last resort, if you absolutely have to throw a pie, be it a chart or Vanilla Custard, do it right.