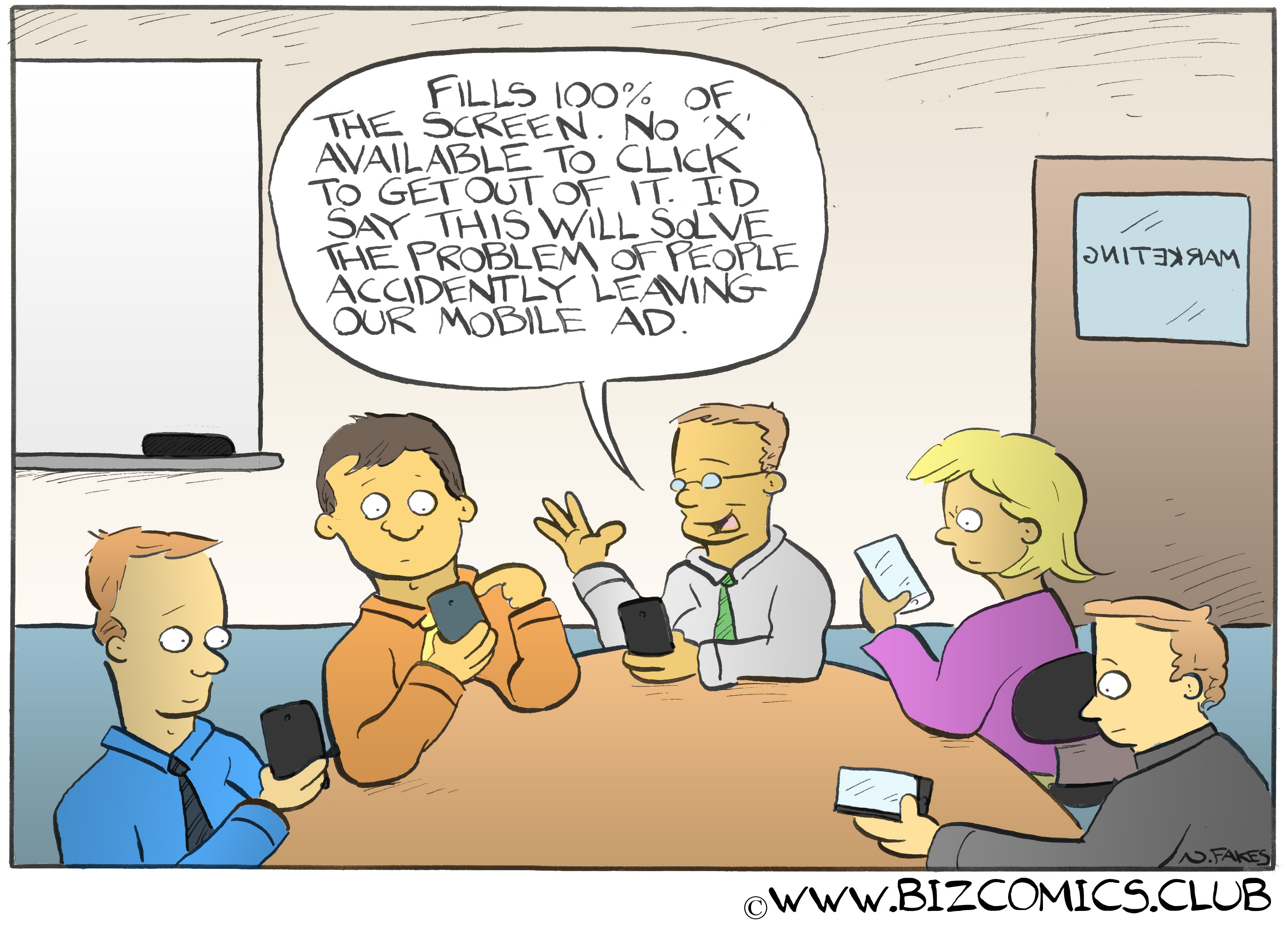 We show up in everything from websites to apps, from games to online publications, often running on so-called recommendation platforms that monitor your every move on the Web and react by trying to sell you stuff the programmatic advertising software thinks you want.

We admit we’re stretching the limits of marketing ethics (unless you’ve already decided that phrase is an oxymoron). But as ads, we’re supposed to be opportunistic by nature, aren’t we? If you don’t want to give us points for that, at least cut us a little slack.

Or how about this? Try looking at us from the standpoint of advertisers or publishers. For them, we’re as seductive as Sirens. We create the illusion of having evaluated and reacted to all of their websites’ visitors. We make them think they’re establishing digital relationships. We let them consider each of these ephemeral relationships a prospect. Then we let them inundate all those anonymous digital connections with … well … us.

We know what you’re wondering: If the lion’s share of those prospects don’t buy something — if they never convert into customers — aren’t we in hot water? Won’t we be accused of falling down on the job? Nope. That’s the most amazing thing about being us.

We don’t have to actually produce anything, especially results. Why? Because the advertisers and publishers who bet their respective ranches on us aren’t counting results. They’re counting impressions. Can you believe that? Not conversion rates. Not sales volume. Not incremental revenue. Impressions. If we’d realized it would be this easy, we’d have invented ourselves.

Anyway, now that we have advertisers and publishers buffaloed, our next target is consumers. If we can figure out a way to keep ourselves front and center — to remain on people’s screens or apps with no way to get rid of us — we’ll take this whole mess to its logical conclusion: Nothing.

That’s right. Nothing at all will happen. We’ll just sit there. Consumers won’t be able to get rid of us or click through. Advertisers and publishers won’t even get impressions anymore. And given what they’ve all fallen for so far, everyone should be happy.

We feel a little selfish saying this. But it’s good to be us.