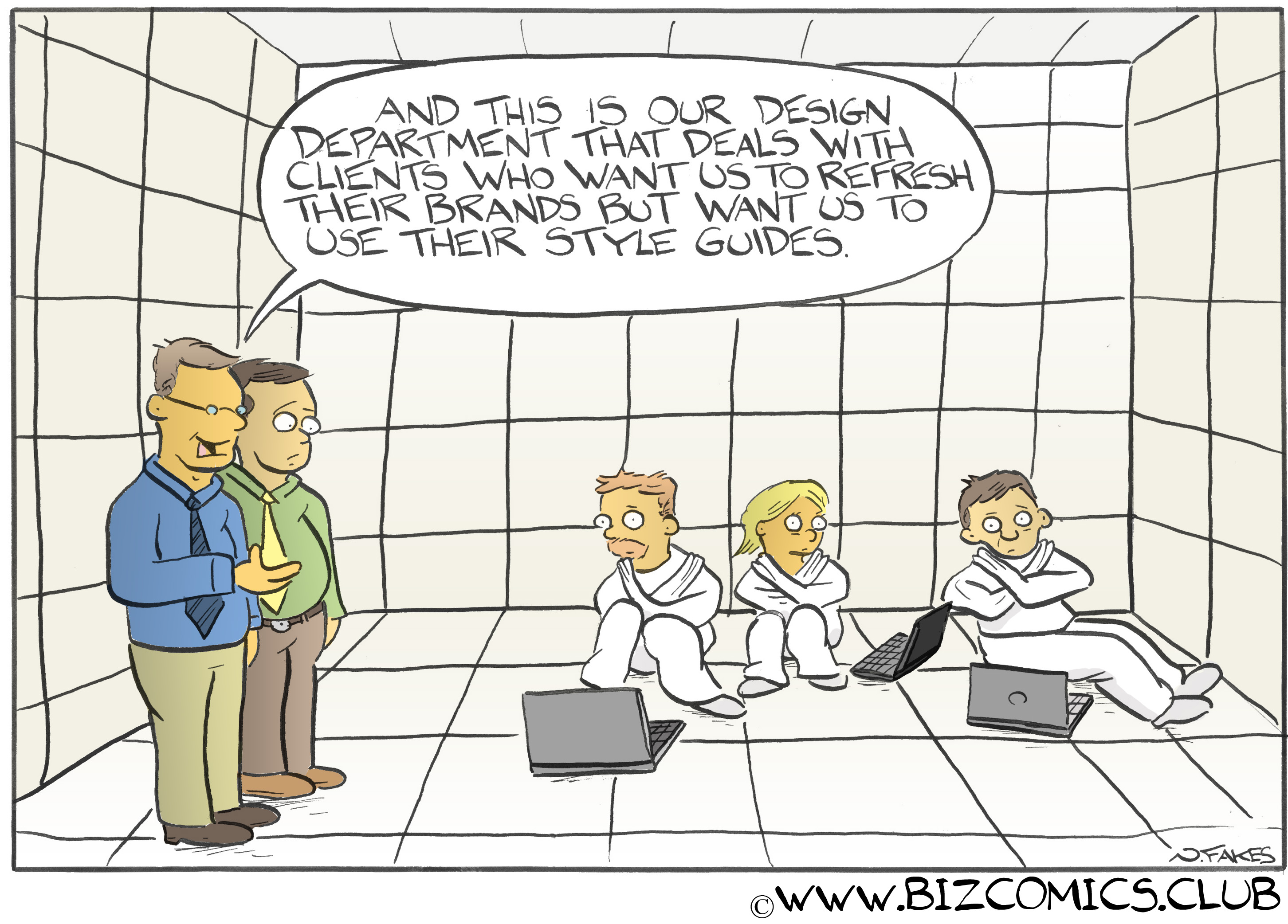 3. to put in or as in a straitjacket

Scenario A. Imagine you’re a gym owner who wants to cultivate a stable of mixed martial arts fighters. Imagine one of those fighters shows undeniable potential, winning all of his matches leading up to the inevitable championship fight. Imagine you tell him your strategy for the fight is to tie his right wrist to his left ankle and pull both of them up behind his back. Then imagine you tell him you expect him not just to fight like that — you expect him to win.

That’s so crazy as to be laughably dismissible, right? Not so fast. Consider this:

Scenario B: Imagine you’re a business owner who wants to cultivate a stable, credible, prominent, recognizable, memorable, trusted brand. Imagine you hire a creative team that shows undeniable potential, winning all of its client engagements leading up to the inevitable re-staging of your brand. Imagine you tell the team your strategy for the re-positioning is to conform to everything you like, even though you’re unable to define clearly what you like, provide clear examples of what you like, or give clear explanations for why you like what you like. Then imagine you tell the team members you expect them not just to adhere to everything your like — you expect them to succeed.

Far fetched? Not so much.

Relax. If you handcuff, hamstring, hogtie, or otherwise hinder your creative team, you won’t give them a fighting chance.

The moral of the story? Stay out of the octagon. You and your brand might get knocked out.