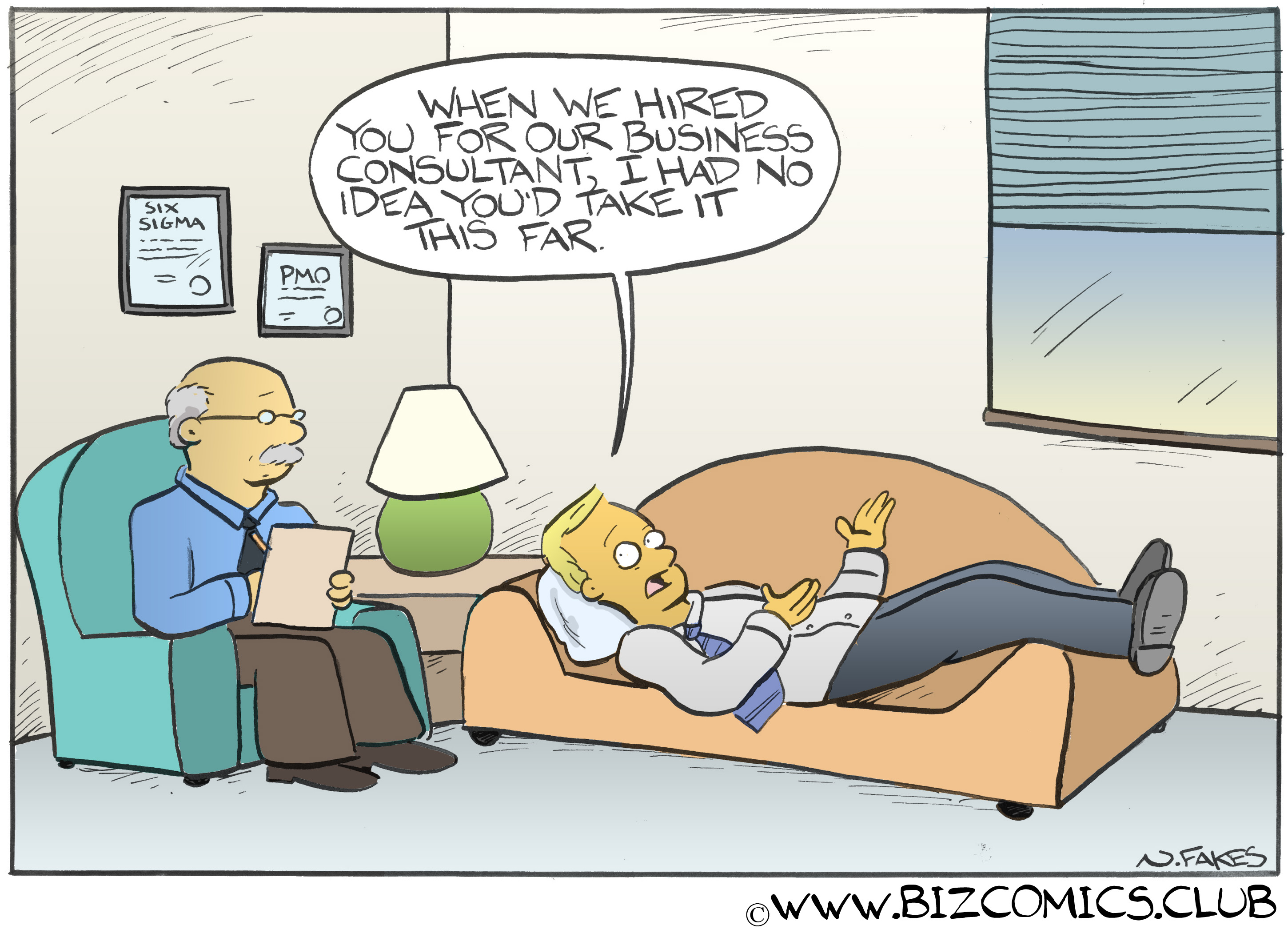 You can be sure a topic has risen to stratospheric levels of absurdity when it becomes the subject of an academic treatise. And so it is with scope creep.

Can we think about this for a moment?

While scope creep is frequently subtle and surreptitious (it’s almost never inadvertent, unwitting, or unintentional), there are a few telltale signs by which all but the most insidious of parties of the second part inevitably tip their hands. Here they are:

At risk of appearing presumptuous, we have two suggestions for avoiding scope creep:

* If you don’t have three eyes, try trifocal lenses.