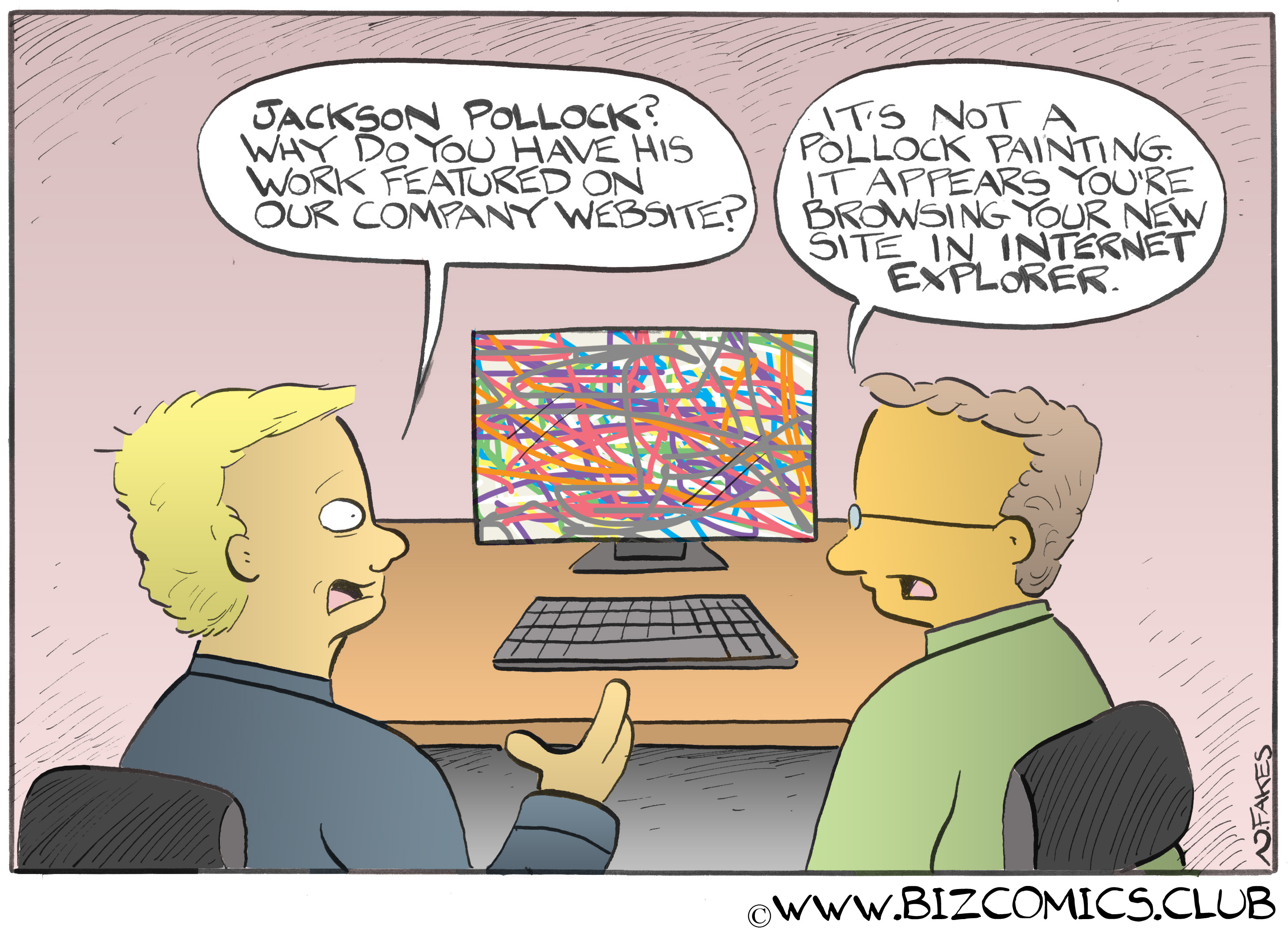 When we develop websites for our clients, we diligently test compatibility with all manner of browsers — Firefox, Chrome, Opera, Safari, Torch, Maxthon, SeaMonkey, Avant, Huey, Dewey, Louie, and Popeye. When we’ve confidently determined the sites render optimally on all browsers — running on desktop, laptop, and mobile devices — we put on our welder’s masks, strap ourselves into chairs we’ve bolted to the floor, take mega-doses of Dramamine, and bring them up on Microsoft’s browsers: Internet Explorer (IE) and its new kid brother, Edge.

If the site’s fairly simple, the effect is like looking at an eye chart, through a prism, with a really bad hangover. If the site’s fairly complex, looking at it in IE/Edge can be like watching film of an explosion at a paint factory in 3D and IMAX while rocketing through the BarfMaster Roller Coaster course at Seven Flags Amusement Park. Either way, it presents challenges.

Have you ever wondered why that is? So have we. This is all we could come up with:

In any case, if you’re a web user — and unless you’re a fan of abstract impressionism — you might consider a browser that provides a more visually coherent user experience.