Don’t Forget to MOP Up 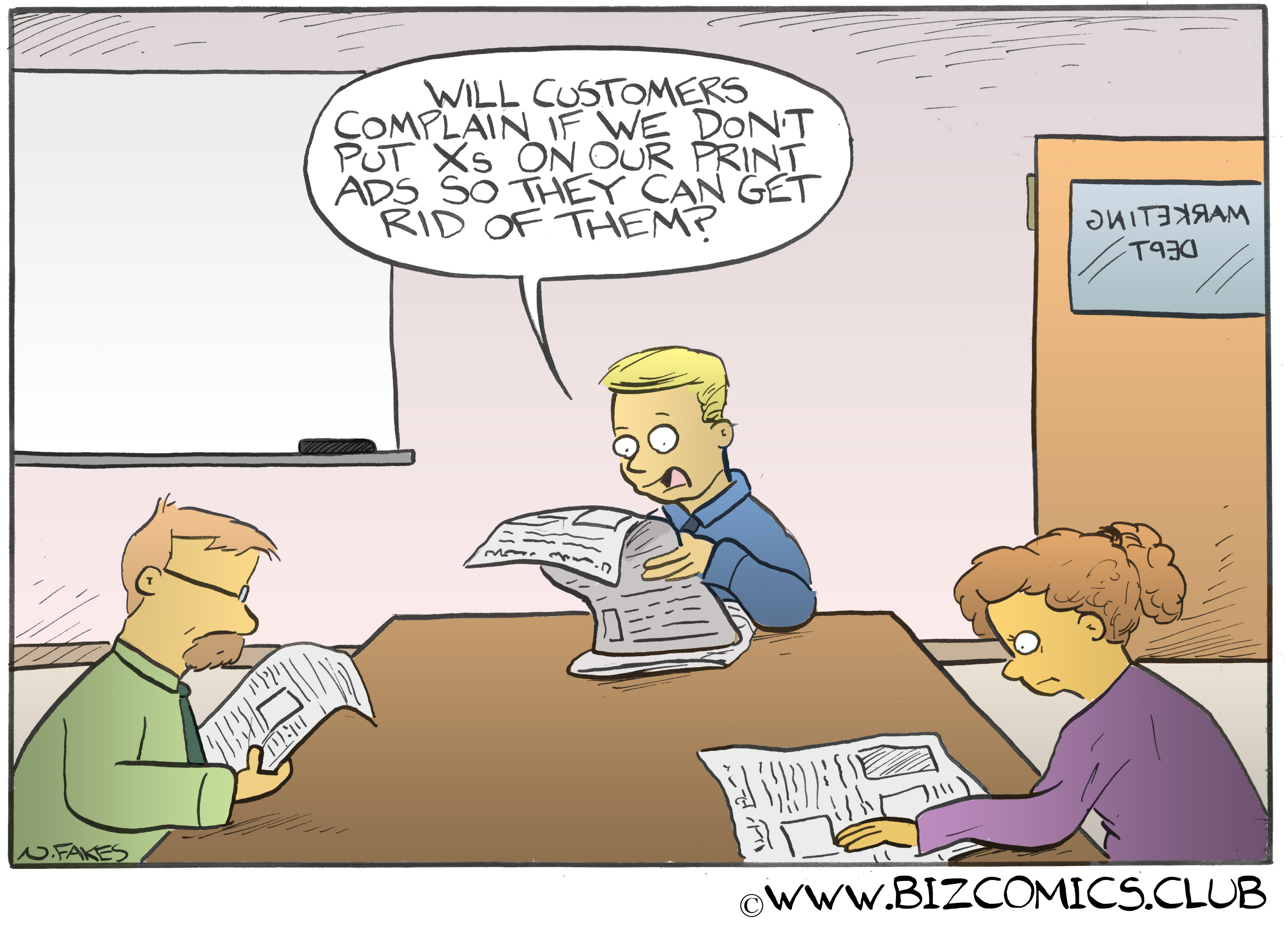 With the unceasing proliferation of media — and with the exploitation of every medium for advertising — it’s easy enough to understand why people get confused. In fact, that confusion is now so prevalent it’s been given its own classification in the Diagnostic and Statistical Manual of Mental Health Disorders (DSM). That’s right. Media confusion is now an identified, codified, classified, and treatable psychiatric condition known as Media Overload Psychosis (MOP).

Unlike some of the more common maladies such as Dissociative Amnesia, Restless Leg Syndrome, or Voyeurism, MOP is a little more difficult to diagnose. It typically presents as a chronic inability to concentrate, frequently compounded by compulsive profligacy. But it can also have more subtle manifestations. An example:

In the late 1990s, shortly after Al Gore invented the Internet, and as e-business and e-commerce were entering the popular lexicon and already beginning to pervert consumer behavior, Dr. Irving Forbush, a psychiatrist in Burnt Scrub, Arkansas, recorded the following case notes:

Reason for Visit: Compulsive and, at times, manic spendthriftiness

Observations: While Mr. Mellish came to the office to be treated for chronic over-spending, he manifested a variety of indefinitely symptomatic behaviors. He seemed to swing between states of manic, almost antic twitchiness and other states of trance-like catatonia. (Oddly enough, in both states, he drooled profusely. We put a waterproof tarp under his chair to protect the carpeting.) Both states seemed to be brought on by overexposure to media (print, TV, Internet, and radio). Likewise, both seemed to subside when we slid Mr. Mellish on his tarp into a sensory-deprivation room.

Treatment Plan: While we haven’t yet determined the specific causes of Mr. Mellish’s behavior, we’re, accordingly, unable to derive an appropriate therapeutic or medicative course just now. But we do fear his condition may be exacerbated once Mr. Gore gets around to inventing social media.

Needless to say, MOP has only gotten more prevalent, chronic, and symptomatically severe since Dr. Forbush first saw Mr. Mellish. And as evidenced by his Academy Award, his Nobel Prize, and his Grammy Award, Al Gore has continued his long career as a public nuisance.

Here’s the deal. The Internet — and the media confusion it precipitated — isn’t going anywhere. Neither, apparently, is Al Gore. So, when it comes to getting a handle on MOP, it’s all for one, one for all, and every man for himself.