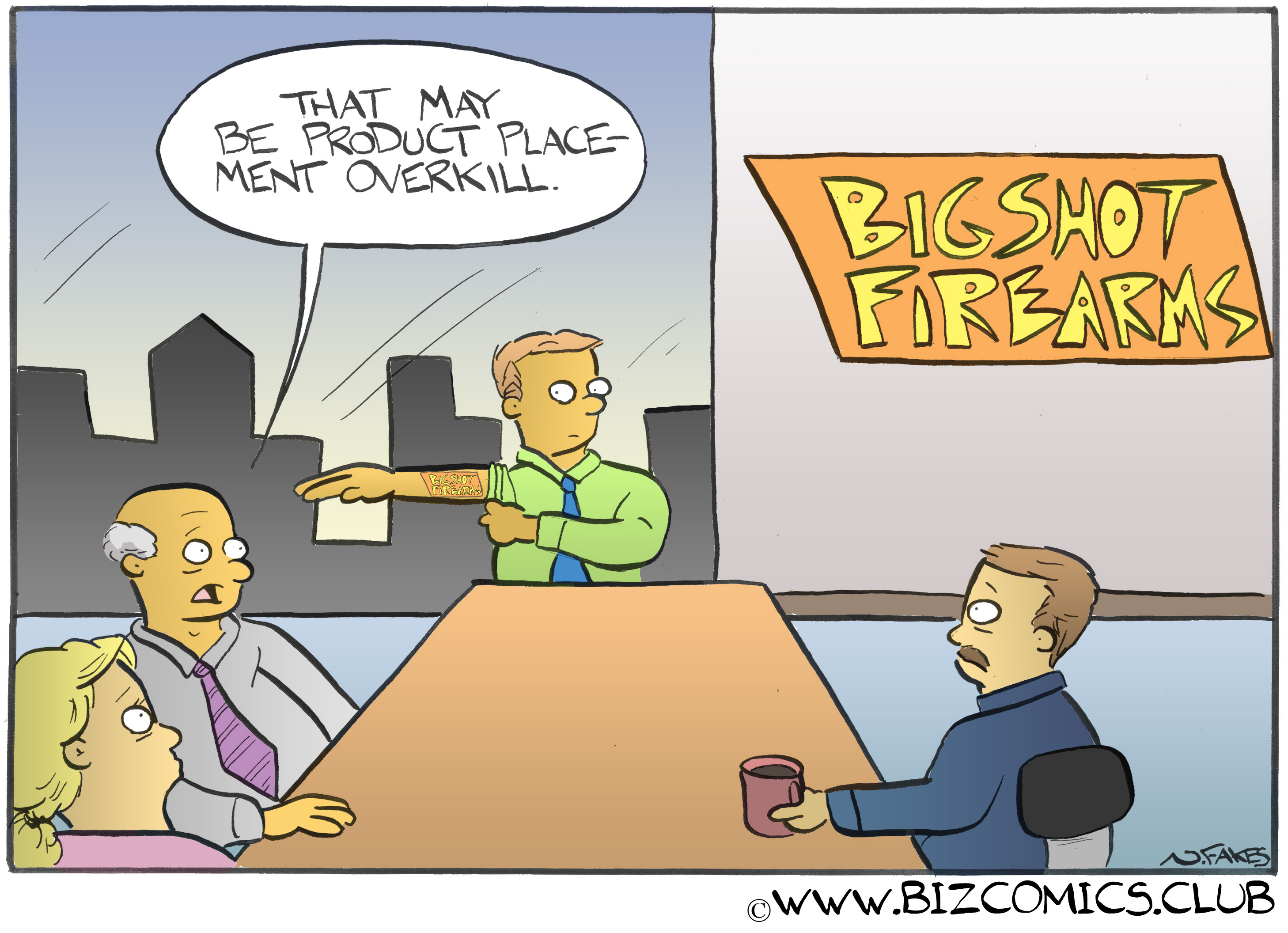 Product placements have achieved a state of such near-ubiquity that it’s almost impossible to compete with them or to think of new places for them to appear. From race cars to TV programs and movies, from sporting arenas to the tops of NBA backboards and athletic shoes, they’re pretty much everywhere. (Lebron James has a pair of sneakers with soles that read, “Go to Bed!” He wears those during NBA playoff games that don’t start until 9:00 p.m. Then, when he goes up for one of his monster jams, his sons — who, no doubt, try to stay up to watch their Dad play — can read the admonition and toddle off to dreamland.) Even manhole covers are used to promote things such as Stormdrains, Municipal Sewer Systems, Cities, Towns, and Public Utilities.

Rather than compete with product placements, then, we’ve decided to extend the concept to something more like reminder placements. (Think of them as combinations of couples therapy and public service announcements.) They’re not intended to promote products or services. Rather, they’re intended to promote harmony, particularly in matrimonial and/or co-habitational relationships, and especially those relationship in which one party is considerably … uh … less ambitious than the other.

So, with all due modesty and humility, here are Top 10 Suggestions:

We don’t guarantee they’ll preclude every potential spat. But they can’t hurt. And they’re better than looking at Lebron’s feet.

If you have to get a tattoo for product placement, the product’s probably not worth selling anyway.