The Medium Need Not Be the Message 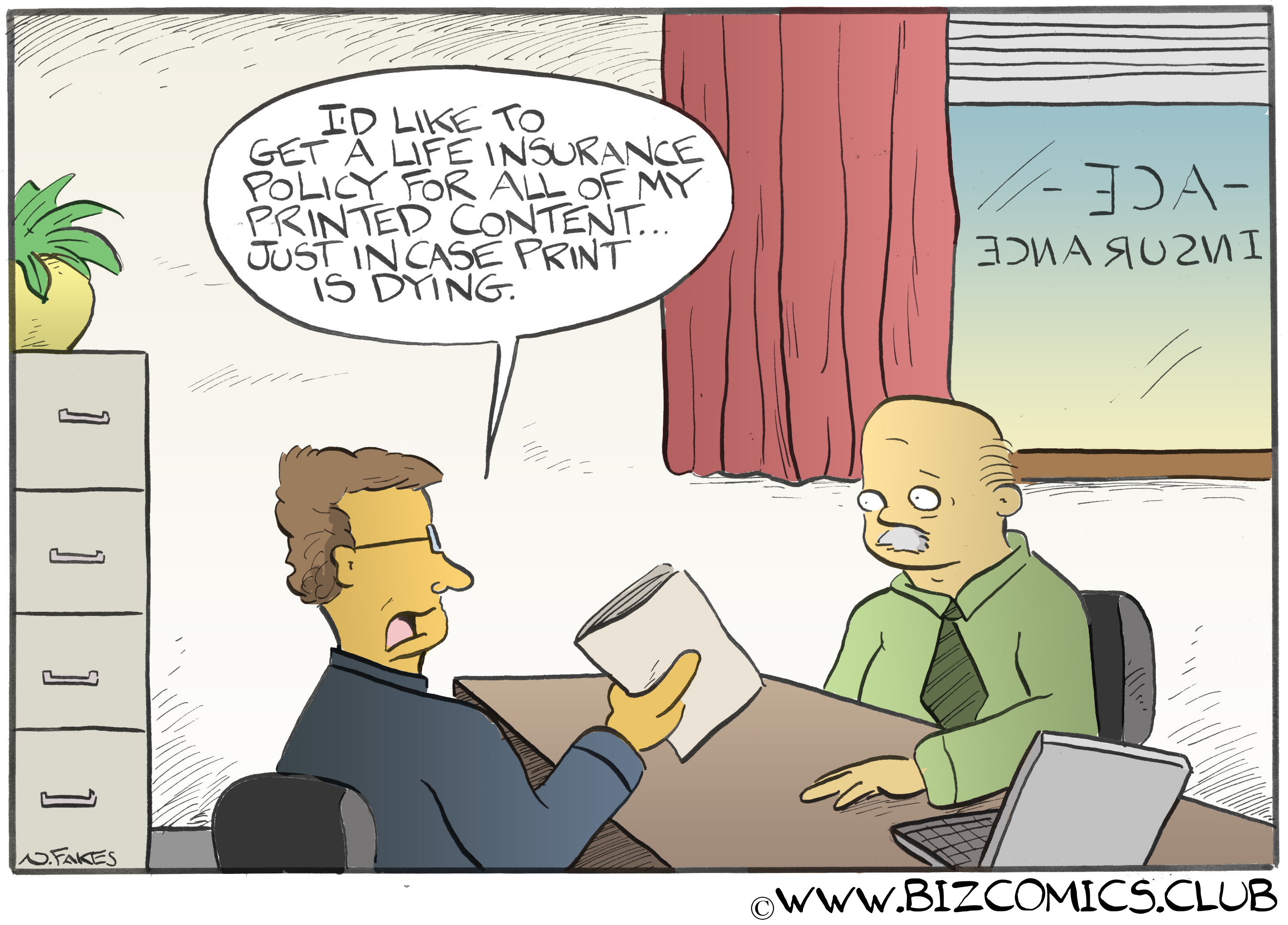 Far be it from us to question the intellectual acuity (to say nothing of the foresight) of the late Marshall McLuhan. But we have to wonder if he’d have thought the medium is the message if he were still with us today.

It seems to us, halfway through the second decade of the 21st century, media have become so prolific, the number of messages so profuse, and the speed with which media and messages proliferate that there’s simply no time to reflect on the longer-term implications of media or messages — the structural, cultural, and social changes they engender:

If all we’re interested in is the clear communications of messages intended to engage, entertain, and educate, we got your medium right here.

Comics are the perfect medium in which to express almost anything. They can grab attention with their content, verbal and visual. They can be pointed, funny, and/or irreverent. They can be informative, without being preachy or pedantic. And they can indicate the fact that you don’t take yourself too seriously, even as they demonstrate that you know your stuff cold.

Most important, they render the media in which they appear all but irrelevant. Print, web, email, Twitter, LinkedIn, Twitter, mobile, or desktop, it doesn’t matter where your cartoons appear. They’ll deliver the same message, the same way, to the people you want to reach, regardless of their bandwidth, their headspace, or their attention spans.

Your medium may need life insurance. But with comics, your message won’t.