Sometimes You Have to Show Up 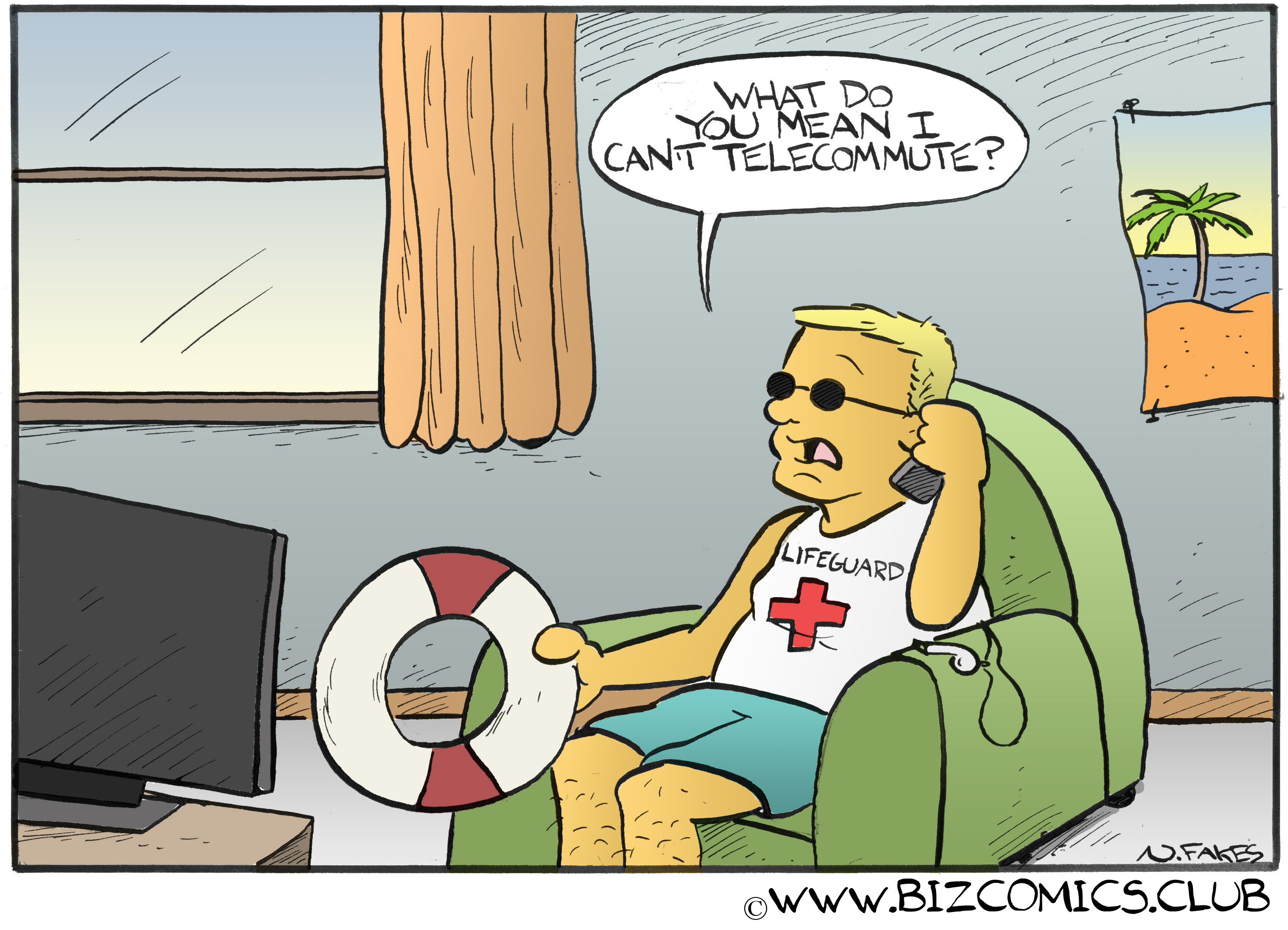 If you’re anything like us, you think you hear almost as much about telecommuting as you hear about innovation, disruption, and other things that almost never happen. But according to GlobalWorkPlaceAnalytics.com, telecommunicating isn’t all that big a deal. In fact:

[While] regular work-at-home, among the non-self-employed population, [emphasis theirs] has grown by 115% since 2005 … [just] 3.7 million employees (2.8% of the workforce) now work from home at least half the time.

We concede that 2.8 percent of the workforce is at least quintuple the percentage of the population actually engaged in innovation or disruption (though the number of people talking about innovation and disruption has grown by 3,467,921.5% since 2005). But it still doesn’t constitute enough telecommuters to warrant all the rhetoric, does it?

And the concept of doing work at home has even spawned its own arcane breed of specialization and nuance. That’s right:

As you might imagine, a large percentage of the working population would like to work at home. And the explanation of that even comes with its own adjective — concentrative:

80% to 90% of the US workforce says they would like to telework at least part time. Two to three days a week seems to be the sweet spot that allows for a balance of concentrative work (at home) and collaborative work (at the office).

We imagine the most frustrated among the members of the US workforce must be those with no chance of teleworking, telecommuting, or teleanything, ever. And we imagine this to be a short but accurate lost of those frustrated folks:

We could probably have come up a with a few more. But you get the point: Telework and telecommuting are nice. But sometimes you just have to show up.

Nevertheless, if you don’t have dreams, all you have is nightmares.