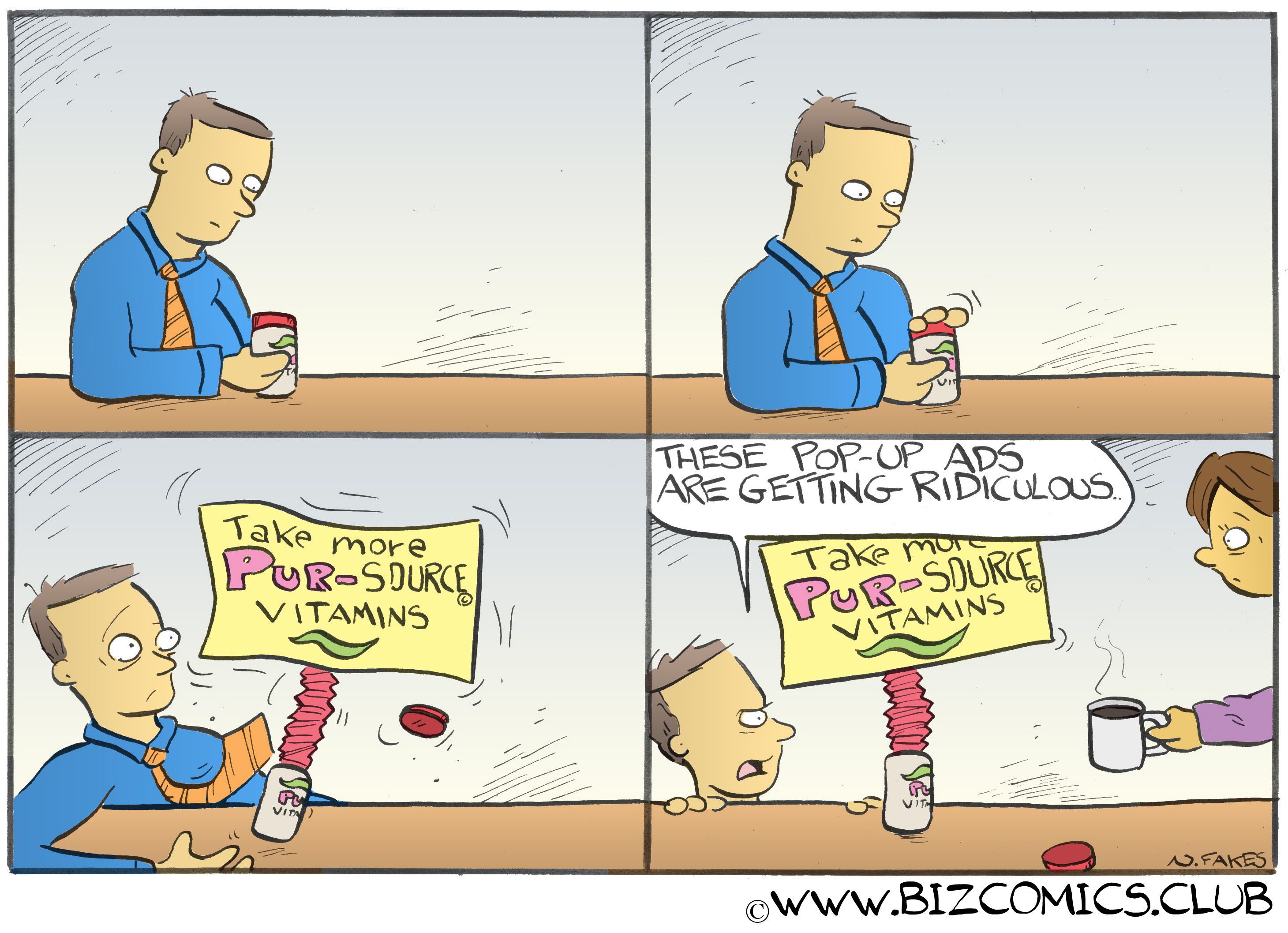 Pop-up ads were always annoying. Now they’re unscrupulous and arguably dangerous, too. Considering the fact that pop-up ads have rendered themselves all but useless, they’re also completely unnecessary. And they may even be insulting. Maybe that’s why they’re spawning something like a closet industry dedicated to blocking or removing them.

Part of this is easy enough to understand: Social media changed the marketing-communication game. Before social media, marketing employed one or both of two strategies: push and/or pull. By fostering the proliferation of content — and by leaving it up to consumers of media to select the content they want to consume — social media effectively nullified push. And pop-up ads are the quintessential push tactic, which is why they’re as alienating as they are distracting.

What’s hard to understand is why. Why would marketers think they have to employ pop-up ads (or any other push tactics, for that matter)? If the brands they’re marketing have the authority to tell their own persuasive stories, why do marketers think they need to assault consumers’ senses with the cyber equivalent of the Louisville Slugger, rather then pulling them in more gently with persuasive, palatable content that’s the cyber equivalent of the Nerf Bat? Darned if we know.

And here’s the most confounding part: With the Web, we’re talking about a medium that’s already begotten banner blindness, a phenomenon in which we no longer see anything our increasingly conditioned powers of perception perceive as advertising. So much for push. In that sense, pop-up advertising would seem to be a kind of self-defeating doubling down: “Well, if banner ads torqued ‘em off, wait’ll they get a load of pop-up ads.”

The good news is we don’t have to create or rely on pop-up advertising. As long as we’re creating meaningful content — and packaging it attractively and persuasively — we’ll be pulling the members of our target audiences effectively. And if we’re using the combination of content and packaging to engage, educate, and entertain, we’ll be ahead of the game. So will our consumers.

In that sense, purveyors of pop-up ads might be considered the new pushers.